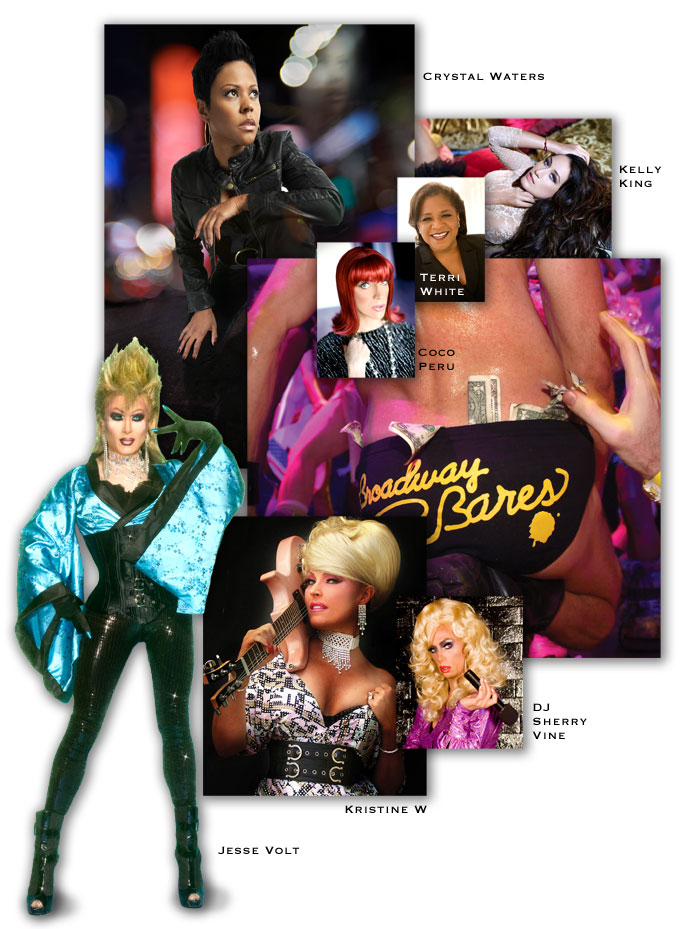 I was asked to preform at Night of A thousand gowns with Sonique (@SoniqueATL) and Sahara Davenport (@SaharaDavenport) from RuPauls Drag Race.  I had never been to New York City before so I was very excited. Night of a Thousand Gowns is an anual Charity Ball and Silent Auction put on by The Imperial Court of NY to benefit Broadway Cares/Equity Fights AIDS and God’s Love We Deliver.

The event takes place in the Broadway Ballroom of the Marriott Marquis Hotel, Times Square, New York City. We stayed in the same hotel all weekend.  The view from our room was AMAZING! It was facing Times Square from the 28th floor.  The first video on the bottom of this post is from the room when Sonique and I checked in.

The event it self was so much fun! It was such a privilege to be in the line up with the likes of Coco Peru (@themisscocoperu), DJ Sherry Vine, Jesse Volt, Kristine W (@KristineWmusic), and we even shared a dressing room Crystal Waters! I found some other video of the night so take a look below!

Preforming At Night of a Thousand Gowns

night Of a thousand Gowns

4th of July at Lumberjacks
Scroll to top