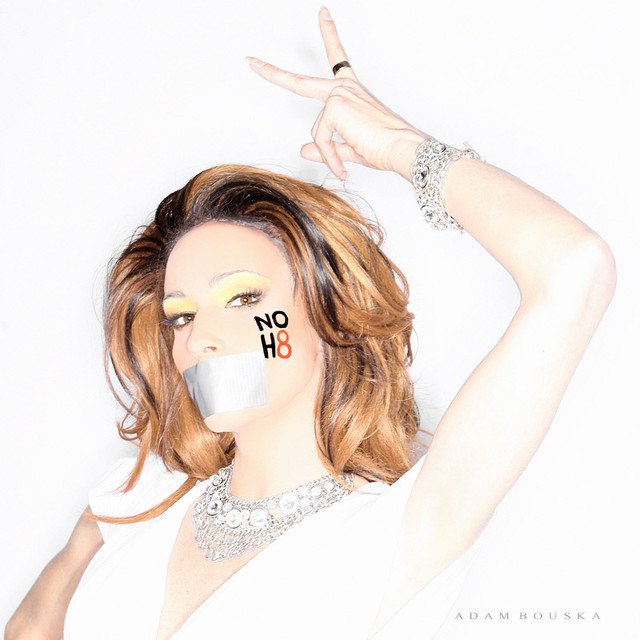 Recently, the NoH8 campaign, which I am sure you all have heard of before, came to town to do a photo shoot. The Kids (Alissah and Janelle Brooks) told me they wanted to attend with the House of Brooks.  I asked Shawnna to attend and she said “yes,” but then the day of backed out.  To tell the truth I almost did too.  I had Lukas that day and had to work that night but as it turns out, the kids live really close to me now, so they were having none of that!

I got ready and we headed to the W Midtown where I had a blast.  I wish I would have brought Lukas with me to tell the truth.  I don’t think he would have let us tape his mouth; He would have gone off.   We ran into a lot of People we knew so I posted a few videos and some other photos.   Kat Graham from Vampire Diaries (Thursday nights on the WB) is a friend of mine and also knows Adam Bouska, the Photographer for the Noh8 campaign.  She met us there and took good care of us.

The staff of Lebuzz, Bubba Dee, Jz, Jason Sneed so may people came out . Take a look. Beyond these photos, there are so many more to see at the NoH8 website and look out because they could be coming to your city soon.

Want to join the discussion?
Feel free to contribute!